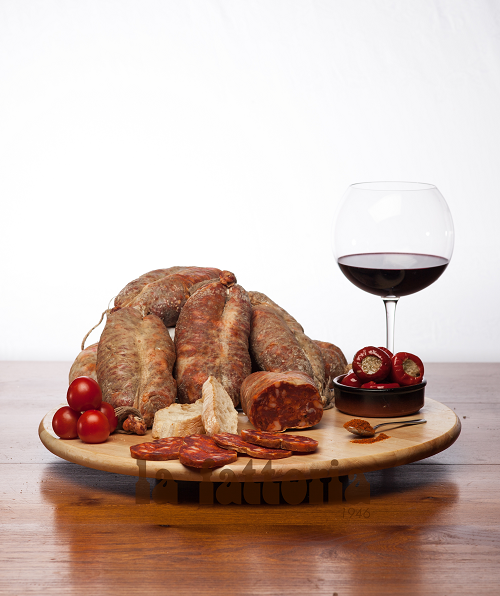 The soppressata , named a Foodstuffs with the typical name of subburséte, is obtained by processing the point of knife of pork, small percentage of fat, salt, and pepper is stuffed into natural pork intestine characterized by shaped enlarged and irregular, from blind intestine, which gives the product a more tender texture than other meats; after bagging is smoked, with fragno bark, husk and almond essence of the Mediterranean. It is then aged for two months in a cool, ventilated rooms.

A beautiful red color access highlighting its spicy nature, has a thick texture of the meat interspersed with small amounts of fat.

TASTE: Tasty, perceive its smoky notes, its softness, and only later the spicy flavor. 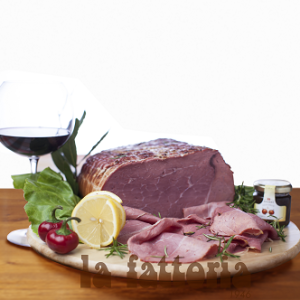 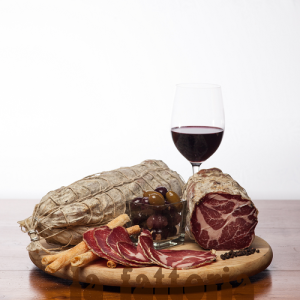 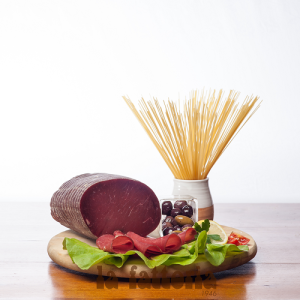